A TASTE OF TRANSCENDENCE

A BOUQUET OF WOEFIL ENTREATIES

A Handbook of Vaisnava Songs & Practices

Srila Bhaktisiddhanta Sarasvati Thakur was initially guided by his father, Srila Bhaktivinoda Thakur and later he took initiation from the Vaisnava stalwart, Srila Gaura Kisora Dasa Babaji Maharaj. With the onset of Gaudiya Mission, Srila Bhaktisiddhanta Sarasvati Thakur became the fountainhead of a sublime era of Krishna Consciousness all over. He re-established the foundational axiom of Gaudiya Vaisnava principles through rigorous preaching and his bona fide authoritative dissemination of knowledge permeated swiftly within all. His discourses, conversations and lectures were carefully preserved by his dear disciples.

Be the first to review “UnCommon Dialogues” Cancel reply 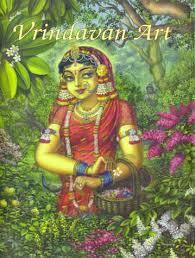